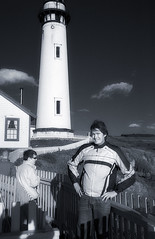 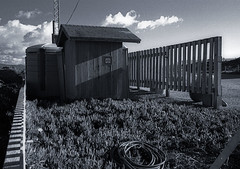 Reproductive Act Not as Painful, Traumatic as Previously Thought

The medical community is in an uproar following the release of Alfred Kinsey's "Report on Human Sexuality," a revolutionary new document which threatens to redefine sexual relations as they are known. Among the bombshells listed in the report is the previously unheard-of notion that under certain circumstances and between certain participants, sexual relations may be less traumatic than previously thought, and may even be somewhat good.

The report claims, "There is preliminary evidence, as yet unverified, suggesting that the act of coitus may have pleasant overtones and, imaginably, even thoroughly gratifying sensations when properly executed."

The report is the result of years of exhaustive interviews with a wide cross-section of Americans who have experienced acts of sex. It alleges that a tiny percentage of them felt "less emotionally scared than it seemed they should" by the experience.

Psychiatrists and biologists are stunned by the striking claim, and most are extremely skeptical. "The possibility of enjoying the dirty, shameful act of intercourse not only goes against all medical evidence, but common sense and millenia of human experience," said Professor Jonathan Schmidt of Cornell University. "Perhaps an uneducated vagabond, copulating under the influence of marijuana smoke, might confuse his drug-induced reverie for pleasure deriving from the act. I can see no other likely circumstance surrounding such confusion."

Whatever comes of his remarkable claims, Dr. Kinsey is certainly unafraid of controversy. The report goes on to state that, in addition to traditional monogamous sex between a man and a woman, strange uncharted varieties of the act may someday be possible: "Incredible as it may seem, there is no mechanical reason an unmarried couple cannot engage in relations. In that regard it would seem the only barrier is finding two volunteers brave enough to attempt a first-ever extramarital coupling."

It is presumed that the woman in such a union could not become with child, given the absense of sanction by a benevolent God.

But most bizzare of all are veiled intimations that the participants in sex need not be of opposite genders. Without actually making such a claim, the report implied that the otherwordly notion of "same-sex" relations in not inheretently contradictory.

"Now we have entered the realm of fantasy literature," Schmidt said. "And I suppose that the participants in this 'homo-sexual sex,' if you will, would then marry and live together. I invite anyone to make an attempt. Next Kinsey shall tell us of sex performed by a single person, without any partner at all."

Based on pressure from decency groups, the report is being banned in many cities as pornography.